The purpose of the epic three-year voyage was to observe the transit of Venus across the face of the Sun. These observations were expected to help calculate the size of the solar system, the distance of the Sun and improve maritime navigation. 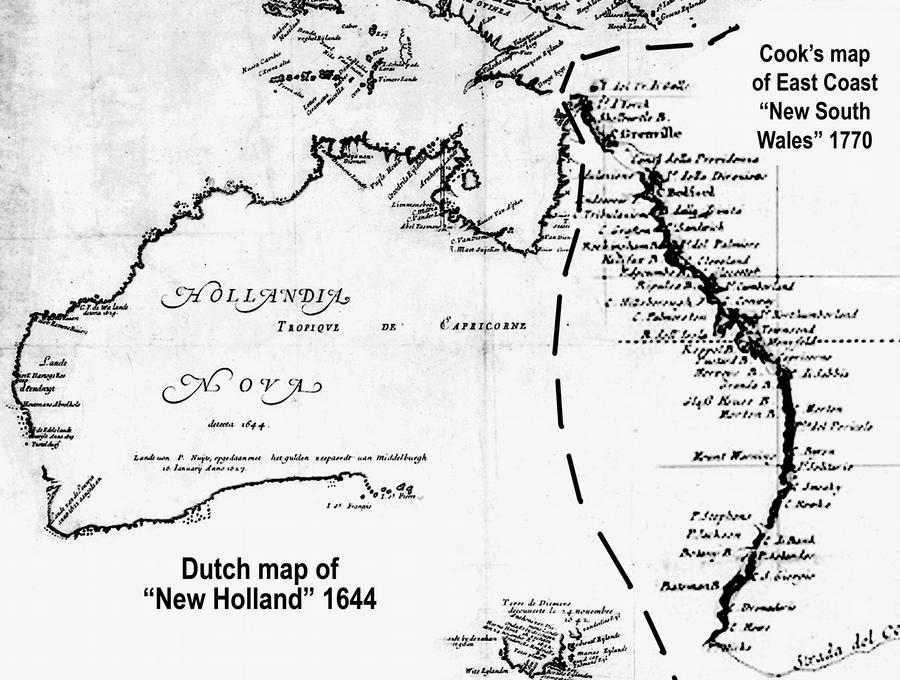 Maps of the New Holland Coast before & after Cook

After the observations were completed at Tahiti in June 1769, Cook opened sealed instructions from the Admiralty. They instructed him to ‘seek a continent or land of great extent and to take possession of it in the name of the King of Great Britain’.

This great southern land or Terra Australis was a continent postulated to exist between Tahiti and New Zealand in the South Pacific Ocean. There was a naïve belief that this land mass had to exist to balance up the continental mass of the northern hemisphere.

The expedition circumnavigated New Zealand and mapped the entire coastline. 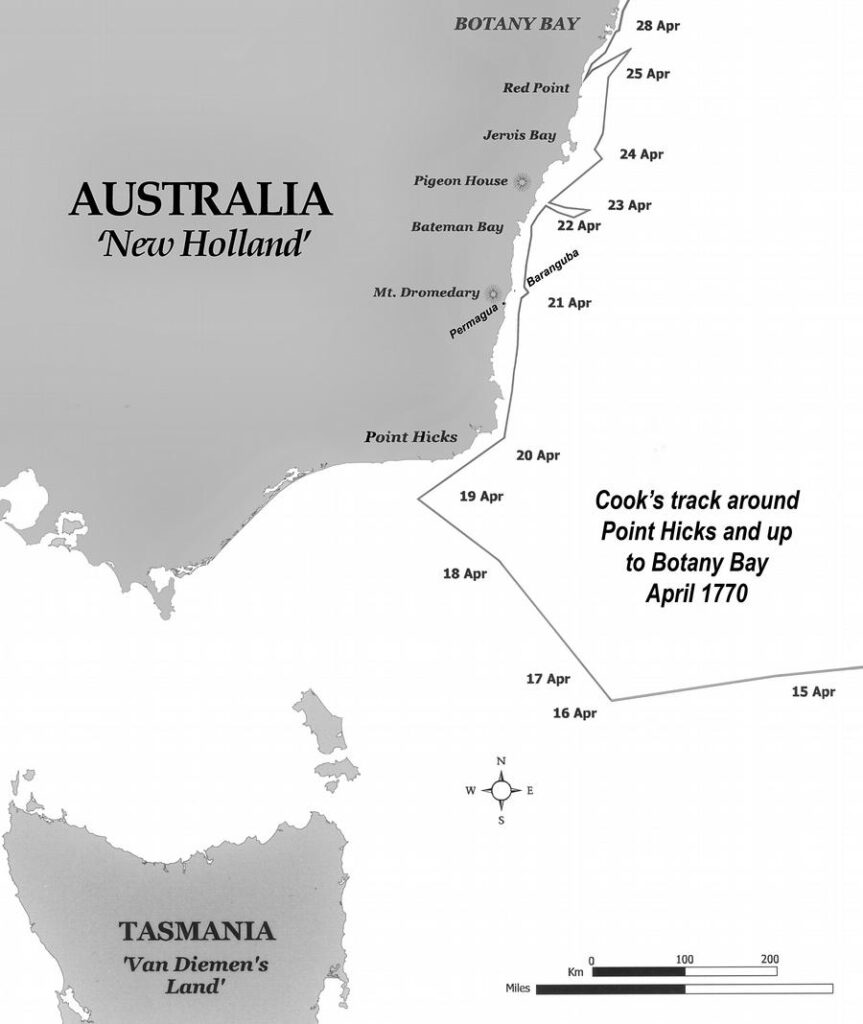 From New Zealand, they sailed west. “On Thursday 19 April 1770, in the morning we discovered the land of New Holland, extending a great way to the south and to the eastward”.

First sight of land was named Point Hicks, because Lieutenant Hicks was the first one on board to site it. Cook could not see Van Diemen’s Land, and decided to follow the coast north-eastwards. For another thirty years the myth was promulgated that Tasmania was part of the mainland, probably for fear of the French claiming it for France.

Whether Cook knew this is material for a whole new article.

error: Sorry, our images are protected.